Hi!
I hope everyone is having a Happy Friday and an early start to the Mother's Day weekend.  I just returned from Costco and bought some hot Italian sausage to grill on Sunday.  I won't eat it, but having a happy husband and father will make me happy too!

As you'll see, the second chapter in my book is back-story.  It goes back in time to where my husband and I first met.  You might also notice that I am calling him Jack (real name Brian), because if my book actually gets published, I know that he would not want his name out there.  Most of the other names in my book have been changed as well.

Here is the next section.  Please let me know what you think. 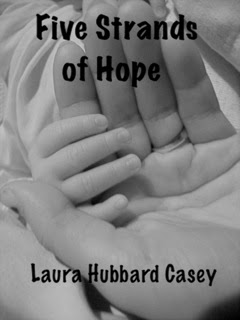 “Jack,
My plans for tonight fell through.  If you haven’t made other plans, then I’d love to go out.
I hope you are having a good day,
Laura”
I hit send and immediately started to regret it. I no longer looked strong.  He was going to know that I was playing games.  Within two minutes, I got an email from Jack and breathed.  I guess he didn’t care about how he looked either.

Here are other chapters: