How to Decide to See a Fertility Specialist?

Did I see the Reproductive Endocrinologist too soon?   For surely it might look that way to some.  My oldest is only 20 months older than our triplets.  This is not a statistical or medical analysis.  It's anecdotal, but it's how I came to the decision that it was the right time for me and my family to stop trying on our own and see a specialist.

We learned of my husband's varicocele shortly before our wedding.  We were told that 85% of his sperm were dead and the remaining were damaged.  If that does't sound bad enough, I was of advanced maternal age (a scary category to be in with existing fertility issues).  The doctor said that surgery for the varicocele would hopefully improve his sperm enough that through fertility treatments we would be able to have children. 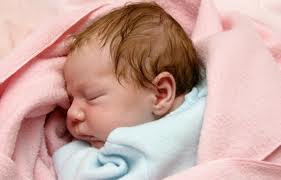 I know that one child is the right number for a lot of people.  However, it wasn't the right number for my husband and me.  So, after Gavin was born, we did't do anything to prevent a pregnancy.  And bam...three months later we were pregnant again when I was 36.  Three weeks later I turned 37 and miscarried.  I was hoping for a family of three, so the miscarriage really shook me.  Actually, shook is not the right word.  It devastated me.  Miscarriages weren't for me.  It was what other people experienced.  Clearly, that wasn't the case.  We decided to actively try for the second, but when six more months went by, we decided to see the fertility specialist.

Why?  Well, I'm a bit of a rules girl and I read in many, many, many places that when you are of AMA (ugh..advanced maternal age) after six months of trying, you should see a specialist.  Besides the words of the doctor who performed my husband's surgery rang in my ears - we'd need help to have a child.  We did and during the summer when I turned 37 1/2 (yes, I, but no one else, celebrated my 1/2 birthday), three IUIs failed.

My husband wanted to continue trying naturally, but my ears were rattling with the sound of my eggs cracking.  Adoption was an option, but I wanted to try everything modern medicine could offer to have a biological sibling for Gavin.  We decided to do IVF. 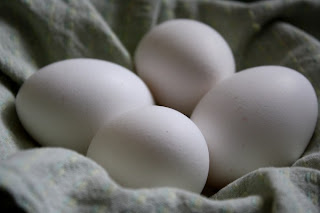 Two were considered Grade A and two were called "duds" by the doctor.  The later two were not candidates for freezing, so the choice was to use them or throw them away.  We thought about it and my husband asked the astute question of what was the probably we'd end up with triplets.  The doctor said 2%.  Well, for eleven weeks, I was pregnancy with quadruplets.

On May 30th, 2009, I delivered three healthy babies.  My husband and I sometimes wonder which one was the "dud."  We know the answer.  It was the doctor!

Here's a link to the blog post, The Loneliness of Having Triplets