Happy Friday!
I'm not Jewish and hence, not Orthodox Jewish either.  However, I found this article very interesting.  Apparently, Jew law says that women can only have sex during certain times of their monthly cycle.


The following is from the article, "Halakhic infertility:  For some Orthodox women, Jewish law makes conceiving tough," on the Haaretz website:


Rachel never had much of a problem conceiving children: one, two, three, four, five. But when it came to child No. 6, Rachel (who asked that we identify her by only a pseudonym) and her husband tried and tried. Five years passed, but no child came. 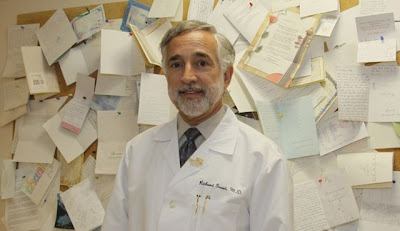 “You have a frum issue,” Dr. Richard Grazi told Rachel one day last November, using the Yiddish term for religiously observant, at Brooklyn’s Genesis Fertility & Reproductive Medicine center.
As an ultra-Orthodox woman, Rachel follows the Jewish laws of ritual purity, abstaining from sexual intercourse with her husband during her menstrual period and for seven days afterward. Though Rachel was able to conceive for the first 19 years of her marriage, her menstrual cycle had shifted recently. Her fertility now peaked at a time in the month when she was forbidden from touching her husband. In other words, by following Jewish law, Rachel had rendered herself infertile.
Here is the link to the full story.
My Book at Amazon: Five Strands of Hope

I'll Have Another
A Mother's Fears
The Strongest Women
The Loneliness of Having Triplets
What is the "Right" Number of Children to Have?
The Baby Making Project: IVF