Motherhood didn't come easy to me.  I mean, I was suppose to be a mother in my 20s.  Instead, I went to business school and had a career.  When I hit 30, I realized that I was with the wrong man.  It took me a while to let go of the wrong relationship, because I was supposed to have been a mom already.  I was scared to start dating again to find the right man for me and my future children.  What if it took too long and I aged myself out of motherhood?

Thankfully, I was able to find wonderful man and with modern medicine we were able to have the family that I had dreamt about for years.  Of course, I never dreamt of having triplets.  And after a horrific triplet pregnancy, I had a hard time believing that all three of my babies were born completely healthy.  So…

When Liam decided that it was silly to try to stand when only three months old (while I was holding him), I thought that his legs didn't work.  After all, his triplets siblings who were basically as old as he was (one older by three minutes and the other younger by two minutes) were "standing."  The doctor told me that Liam's legs worked fine and that I needed to relax, which was easier said then done. 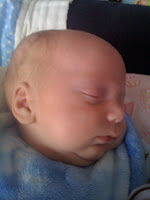 Then when Anna got really sick at 6 months old, I was sure she was going to be diagnosed with some dreaded disease.  She ended up having bronchilitis, which was rather easily treated.  I still thought that maybe her lungs didn't develop properly because she was premature.  No, the doctor insisted.  She was fine. 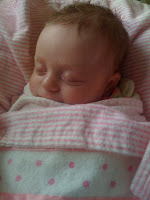 I almost forgot about the time that a dresser fell on Owen when he was 20 months old (long story and I feel like sh*t about it)…well, I did call 911 and I was positive that my little boy was paralyzed.  However, aside from 5-6 nasty bruises over his body (one on his back lasted over a year), he was/is completely fine.

Since then my biggest fears are caused by bumps and bruises and fevers.  However, each time, I want to rush them to the doctor's office to have someone reassure me that they are indeed fine.  I know that I'm not alone in fearing for my kids health and safety.  I think it comes with being a mother.  However, sometimes I wonder if it hits me harder, because I feel like I used up all my luck during my pregnancy and the next time something happens and I need luck on my side…my luck bucket will be empty.